skip to main | skip to sidebar

An army of one 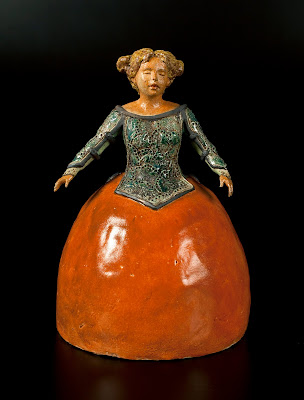 This is the first of the army of persimmon women which came from the last firing which took 5 days to fire instead of the usual 10 hours. The burners were so clogged that the pilot light refused to stay lit more than a few minutes. Finally it was hot enough to hold the heat in and continue to climb in temperature. So after the firing, we took the burners off and sent them to the refurbisher. About 3 in the morning, I thought a good electric firing might just be the new thing. Push a button and walk away. You know I love it all....except when I don't!
Posted by caroline douglas at 7:59 PM

Wow! She is gorgeous! Maybe that looooooong firing helped give her such a persimmony glow.

she is just stunning! the sweetest look on her face! I love her and what a yummy color!

I stumbled onto your blog this morning and really love your clay fired art. I am intrigued with the process and your willingness to share your art.

I feature a blog a day and today (Feb 22) is yours. Thanks for being an inspiration. caroline douglas
I am a clay artist interested in connecting with others who see art as a healing tool. I am kind of obsessed with salt firing and persimmons at the moment.

Which Jane Austen character are you?

Check out my official site 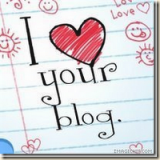